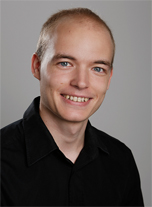 Dehalogenation processes driven by natural microbial communities contribute significantly to the global halogen cycle. Such microbial networks include organohalide-respiring bacteria, which couple the reductive dechlorination or debromination of halogenated organic compounds to energy conservation via a chemiosmotic mechanism. The key enzyme in organohalide respiration is the reductive dehalogenase (RDase), which serves as a terminal reductase. The RDases are iron-sulfur proteins that harbor a corrinoid cofactor at the active site. Organohalide respiration was studied in detail in the tetrachloroethene (PCE)-dechlorinating epsilonproteobacterium Sulfurospirillum multivorans. The organism displays an unusual type of long-term down-regulation of the PCE reductive dehalogenase gene (pceA) expression in the absence of PCE. In close proximity to pceA, open reading frames encoding putative regulatory proteins were identified. The ILRS project aims to determine the role the corrinoid cofactor of the RDase in the long-term regulation of PCE respiration. In addition, the project focuses on the characterization of two-component regulatory systems within the organohalide respiration gene region in S. multivorans and on the molecular mechanism of PCE sensing.