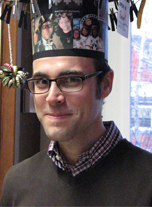 Identification and characterization of infection-associated genes in Candida albicans

Candida albicans belongs to a small group of opportunistic fungal pathogens which are able to cause life-threatening infections in immunocompromised humans. This ability to infect host tissue and evade the immune system is reliant on certain genes, such as those involved in hyphal formation, adhesion to host surfaces and invasion and damage of host cells. However, it is likely that many, if not most, C. albicans infection-associated (IA-) genes have not yet been identified and characterised. Using a transcriptomics approach for different C. albicans infection models, we identified novel putative IA-genes of unknown function. A set of 50 genes with a high probability of involvement in the infection process was chosen for further investigation and we have begun to systematically disrupt each of these genes. One gene was chosen for in depth analysis as it featured a strong upregulation during liver infection, interaction with neutrophils and macrophages and under oxidative stress. In silico analysis revealed that this uncharacterised gene encodes a putative small heat shock protein (sHSP). Based on its strong upregulation in the blood infection model and the function as a possible sHSP, the gene was named BIS1 (blood induced stress protein 1). A primary screen for growth of a bis1Δ knock out mutant revealed that this gene is required for tolerance against specific stresses including thermal, oxidative, DTT and ethanol stress. Interestingly, osmotic stress bypassed BIS1 dependent thermal tolerance. The bis1Δ mutant displayed reduced survival during interactions with macrophages. Moreover, BIS1 was required for full virulence in an in ovo infection model. Furthermore, BIS1 was demonstrated to also be important for damage of both epithelial and endothelial cells.