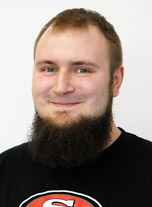 Aspergillus fumigatus acts as an opportunistic human pathogen which can cause infections in immunocompromised patients and will often result in fatal invasive aspergillosis. Furthermore the therapy of systemic fungal infections with antifungal agents is limited to only a small number of active compounds with their therapeutic potential being further diminished by the increasing numbers in resistant strains. In its natural environment A. fumigatus is a ubiquitious, filamentous ascomycete that is known for its saprophytic lifestyle and is exposed to numerous other microorganism such as natural competitors and predators.

We have previously shown that the model amoeba Dictyostelium discoideum is able to ingest fungal conidia. The ingested conidia entered the phagolysosomal pathway, but remained viable. Intracellular germination occurred only after longer incubation, similar as observed earlier with macrophages. Even though D. discoideum was unable to digest or kill the fungal conidia we observed that the presence of amoeba inhibited germination of extracellular conidia. The unknown compound was retained in culture supernatants of axenic cultures of D. discoideum and activity was seen against various species among Aspergilli. We are currently studying the chemical basis of this inhibitory activity through a bioactivity guided assay using extracts of axenic cultures of D. discoideum.  As the unknown compound remained stable following heat- and proteinase K treatment, we expect a natural product to be produced by the amoeba, which is responsible for the antifungal activity. We are aiming to isolate this compound, elucidate its structure and further characterize its antifungal properties.