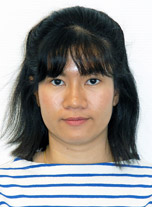 Sepsis, multi-organ failure and acute respiratory distress syndrome (ARDS) represent common conditions of critically ill patients. These conditions are responsible for immense global mortality accompanied by a tremendous economic burden. While revolutionized breakthroughs of molecular medicine have been applied in the areas of oncology and rheumatology, in diseases of critical illness research endeavours of decades have not resulted to any targeted therapies. In practise, in an intensive care unit (ICU) the critical care should be considered mostly as supportive care. However, there are credible explanations why molecular therapies for these common and lethal diseases have not been emerged yet. One possible explanation is that the downstream consequences, such as host inflammation and cellular damage, and not the upstream sources, such as the complex microbial ecosystems that reside in and on the human body, have been the priority of research studies. In the past decade, and mainly due to the development of culture-independent methods for characterizing microbial communities, we have witnessed an explosion of interest in the human microbiome. Despite recent evidence that the microbiome -also often refereed as the “forgotten organ- could hold a pivotal role in the pathogenesis of critical illness, clinical guidelines simply ignore this ~2 Kg organ that contains more DNA than all other human organs together. In this PhD project, by combining clinical trials with metagenomics and systems level analysis, we plan to investigate whether microbiome signatures can be used as biomarkers for risk prediction of an ill-defined state of “protracted critical illness” and develop beneficial microbial consortia with therapeutic potential against persisting inflammation.