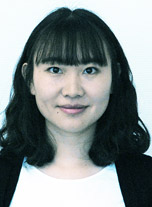 Biosynthesis of sphingolipid inhibitors in fungi

Polyketides are a large group of chemicals produced by many diverse organisms. They function as defence compounds, toxins, pigments, chemical messengers, and they have highly potential for being used as therapeutics.

Polyketides are synthetized by large multimodular enzymes named as polyketide synthases (PKSs). Fungal PKSs contain a well-defined set of domains, which guarantee the iterative condensation of malonyl-CoA units, plus optional domains that participate in the modification of the growing chain. Interestingly, those optional modifications do not occur in each elongation step, suggesting an intriguing and well defined biosynthesis program.

Among the different toxins produced by fungi, sphingolipid inhibitors (SIs) captured the attention because of their potential use against a wide range of illnesses, including invasive mycoses.

From a chemical perspective, the SIs biosynthesis start with the formation of a 20 carbon linear backbone obtained with the condensation of an octadecanoic acid and an alanine residue. So far, the few known fungal-produced SIs revealed that the PKS product is normally a linear 18 carbons chain containing specific methylations and reductions. Computational analysis of SI genes revealed the presence of ~140 clusters in different fungi potentially coding for ~30 different SIs. The chemical nature and the evolution of fungal SIs make them as good candidates for a systemic analysis of the different PKS domains. This study will be approached by domain swapping and expression of the modified PKSs in the SI producer Aspergillus fumigatus.