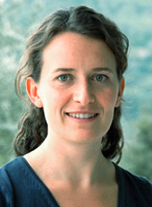 The role of filamentation in the pathogenesis of candidiasis

The yeast Candida albicans is a human commensal which, under certain circumstances, can cause both superficial and life-threatening systemic infections. The ability of the fungus to switch between the yeast and the fungal growth form is believed to play an important role in virulence. Hyphal formation is essential for invasion into epithelial or endothelial cells in vitro, and C. albicans mutants locked in either the yeast or in the hyphal form usually exhibit reduced virulence in systemic murine infections. However, our own data show that systemic infections of mice with the filamentation-deficient C. albicans mutant eed1Δ can lead to mortality in the absence of hyphae.

Other groups have identified additional filament-deficient mutants fully virulent or only moderately attenuated in the septic mouse model. These recent findings challenge the longstanding hypothesis that morphogenesis is essential for candidiasis. This project aims to clarify the role of hyphal formation for pathogenesis of C. albicans sepsis by using defined molecular approaches including mutants in which morphogenesis is under the control of a
regulatable promoter. The effect of morphology on virulence will be studied in different infection models, particularly with regard to the ability to induce tissue damage, interaction with immune cells and induction of sepsis.