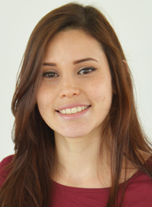 Lichtheimia corymbifera is a causative agent of mucormycosis, a life-threatening infection caused by members of the fungal order Mucorales. This infection has higher incidences in patients suffering from hematological malignancies, diabetes, or undergoing organ transplantation. Mucormycosis is characterized by a fast invasion of blood vessels that further leads to infarction, thrombosis and tissue necrosis. Furthermore, this infection is associated with a high mortality rate due to its rapid destruction of tissue, difficult early-diagnosis, and resistance to various antifungal agents, which reduces therapeutic options. Currently, L. corymbifera is considered the second most causative agent of mucormycosis in Europe with an increasing number of clinical cases. However, little is known about infection mechanisms of L. corymbifera and the contribution of spare surface proteins during infection. Therefore, we aimed to study the interaction of L. corymbifera with professional phagocytes (monocytes and macrophages), which represent the first line of defense during pulmonary infections, and non-professional phagocytes such as lung epithelial cells, the first physical barrier to be in contact with fungal spores, as weil as, endothelial cells involved in extensive angioinvasion caused by Mucorales fungi, which often leads to ischemic necrosis. Once characterized the interaction with the different type of cell lines, we will elucidate the contribution of some candidates surface proteins of L. corymbifera in its recognition by the hast cells when initiating infection. Finally, in order to determine infection mechanisms of this fungus, we plan to develop in vitro infection models by using fluorescent staining, confocal laser scanning microscopy and flow cytometric analysis, as well as, a yeast surface display system to evaluate gaining of function of S. cerevisiae expressing the L. corymbifera proteins on the cell surface.