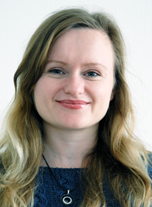 Infections with opportunistic pathogens are among the leading causes of morbidity and mortality in humans. The filamentous fungus Aspergillus fumigatus represents a classical example foe this group, as it normally thrives as saprophyte in the soil, but disperses asexual conidia as infectious agents. Upon inhalation by immunocompromised host, these conidia can germinate and invade the surrounding tissue. Lethality of such an invasive aspergillosis is high due to limited diagnostic and therapeutic options. A multitude of general virulence factors can lead to invasive growth and rapid disease progression with often enormously high death rates, exceeding even 90% in certain patient cohorts (Brakhage and Langfelderk, 2002). Little is known on the evolutionary origin of this armory. In a recent sturdy we could show that two major virulence determinants, formation of the protective DHN-melanin and the second metabolite gliotoxin are also effective against the soil amoeba Dictyostelium discoideum (Hillmann et al., 2015). An amoeba defensive function was also detectable for trypacidin, a spore born toxin of A. fumigatus with antiphagocytic properties (Mattern et al., 2015). These results supported the idea some basic mechanisms of fungal virulence could have emerged long before the appearance of innate immune systems and foster the hypothesis that they could be driven from the selection pressure imposed by amoeba predation. A central question of my thesis is therefore if interactions with fungivorous amoeba could have stimulated the development of such virulence mechanisms. To address this point I will exploit an extended model system based on the amoeba Protostelium mycophaga, an obligate fungivore which was isolated from a forest site near Jena. Preliminary results in the group of Falk Hillmann indicate that P. mycophaga has wide food spectrum of ascomycetous or basidiomycetous yeasts, but can also attack fungal hyphae. My work program will analyze the molecular interactions with fungal conidia during phagocytosis, but will include first approaches to analyze the chemical communication between these two antagonistic organisms.