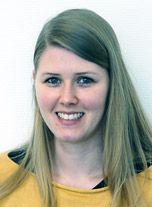 Contrary to bacteria, virulence in some fungal pathogens is closely linked to morphogenetic transitions, i.e. a change in morphology. This is true for endemic fungal pathogens like Histoplasma capsulatum but also for the most common cause of invasive fungal infection in Europe, Candida albicans. Formation of filamentous forms in this pathogenic yeast is essential for pathogenesis and linked to tissue invasion and immune escape. During the change in morphology, differential expression of genes is tightly regulated. In previous work we have identified a core filamentation response network. Among those genes, some have been shown to be directly involved in virulence of C. albicans, including ALS3 and ECE1. We have started to dissect expression regulation for these genes and identified a stepwise process of upregulation mediated by several transcriptional regulators. However, for an in depth understanding of fungal virulence, a detailed characterization of these cascades will be essential. Within this project, we want to identify exact mechanisms for regulated expression of the core filamentation response. To further dissect the regulatory pathways, we will use protein-protein and protein-DNA interaction assays as well as novel CRISPR-Cas9 based abilities to introduce point mutations in C. albicans. Additionally, we address the functional relevance of stepwise gene regulation in host-pathogen interaction studies with cell lines and/or primary human innate immune cells using state of the art life cell imaging. Our aim is to define relevant regulatory cascades and key regulators that may serve as potential targets for therapeutic intervention.