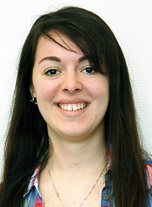 The innate immune system maintains homeostasis and is central for the immediate recognition and safe elimination of foreign microbes and modified self-components. The initial step for the controlled immune response is recognition of either invading microbes or abnormal self-components. To this end innate immune cells, like dendritic cells, express pattern-recognition-receptors, which upon binding and recognizing highly conserved molecular patterns direct the proper immune response that is aimed for the physiological silent, non-inflammatory removal of foreign invaders and self-debris. Pattern-recognition-receptors include the C-type-lectin-receptors Dectin-1 and Dectin-2, which recognize β-glucan and mannan, the major components of the fungal cell wall. Dectin-1 and Dectin-2 recognition is important for the host antifungal immune response, resulting in the elimination of a fungal invader. Pathogenic microbes like the fungus Candida albicans, as well as the bacterium Staphylococcus aureus have developed efficient strategies to shield their surface from recognition by host pattern-recognition-receptors. Thereby the pathogens block the recognition and modulate the innate immune response to survive in immunocompetent hosts. If the immune system is overwhelmed by either pathogens or modified self-debris, these dangerous particles are not properly cleared and accumulate. Such interference with the host innate immune system leads into inappropriate immune control and severe systemic infections, which ultimately can result in sepsis with serious outcome. The aim of this project is to analyze how Candida albicans and Staphylococcus aureus evade pattern recognition by the host innate immune system via Dectin-1 and Dectin-2 modulation. These analyses will provide new knowledge on the role of pattern recognition in the fine tuned line between health, infection and disease.

Zipfel PF, Luo S, Dasari P, Reiher N, Jacobsen I, Beyersdorf N, Klos A, Serka C (2018) Reply to Kang and Brooks: Comment on the interpretation of binding of Pra1, the fungal immune evasion protein from Candida albicans to the human C3 and on the conformational changes of C3 upon activation: Kang and Brooks Optimization of biolayer-interfero Mol Immunol 101, 638-639. Details PubMed