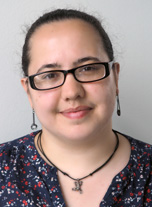 Reactive oxygen (ROS) and nitrogen species (RNI) are formed during normal metabolism of eukaryotic cells. The major source of ROS production is the mitochondrial respiratory chain. However, other sources of ROS have been reported, such as the oxidative folding within the lumen of the ER or by NADPH oxidases. RNI are produced by NO synthases or in hypoxic mitochondria. Besides being implicated in protein damage, recent studies suggest that ROS and RNI are regulatory agents of key cellular functions mediated primarily through reversible cysteine oxidation. More recent studies of our group have shown that the human pathogenic fungus Aspergillus fumigatus is exposed to higher intracellular oxidative stress during short-term adaptation to hypoxia, antifungal agents or confrontation with human neutrophilic granulocytes. The intracellular distribution of ROS and the sites of oxidative thiol modifications have not been identified in detail yet under the aforementioned stress conditions. In addition, the impact of cysteine oxidation on physiological processes of A. fumigatus is largely unexplored.

The proposed PhD project aims to establish redox biosensors for A. fumigatus based on different members of the green fluorescent protein family, which enable direct sensing of intracellular superoxide anions, hydrogen peroxide or the redox potential (glutathione) under specific stress conditions (hypoxia, exposure to antifungals, immune effector cells). These biosensors provide the advantage of being independent of cellular probe uptake or cell disruption and allow measuring in individual organelles of the cell. In a further step, quantitative redox proteomic methods will be established which allow the identification and characterization of oxidative posttranslational modifications (PTMs), such as protein thiol oxidation or S-nitrosylation. After having established the above described methods the changes of the intracellular redox status of A. fumigatus during interaction with human phagocytes will be investigated.