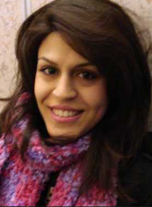 The human pathogenic fungus A. fumigatus is a major pulmonary pathogen for immunocompromised individuals. In recent years it has become increasingly obvious that the first line of immune defense against an infection with this pathogen is mediated by locally resident and newly recruited phagocytes. However, despite intense research there is still no general consensus about the types of phagocytes involved and their relative importance for defense. Thus, with the project described here we aim at closing this gap in our knowledge. To identify the phagocytic network, i.e. all phagocytic cell types involved in early defense against A. fumigatus infection we will infect murine hosts with a version of A. fumigatus that expresses the red fluorescent protein tdTomato. By a combination of comprehensive flow cytometry, cell sorting and histology we will then identify all cell types of the lung (investigating lung lavage and lung tissue) that are associated with or have completely internalized the fungus at different time points after infection. Cell sorting will be used to isolate these cells and perform their extensive characterization by exon sequencing and mass-spectrometry-based proteome analysis. These analyses will also allow to investigate the proteome and transcriptome response of the fungus itself, either alone or associated with phagocytes. By employing genetically modified mouse lines, harboring phagocytic cell types which are specifically labeled with fluorescent proteins and either normal, defective or completely absent we will also analyze the local response in the infected organ by intravital 2-photon microscopy in the lung. These analyses will allow to investigate the localization and kinetics of acute responses such as NET-formation, fungal killing and the production of immunotoxins and immune mediators in situ. Together these analyses shall provide us with a comprehensive picture of the immediate phagocytic response against this dangerous pathogen.