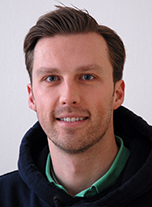 Molecular mechanisms of the interaction between Aspergillus fumigatus and alveolar macrophages

Immunsupressive treatment of intensive care patients bears the high risk of evolving systemic infections. Among the overall number of systemic infections the prevalence of systemic fungal infections drastically increased over the last decades, indicating the significance of fungal pathogens in intensive care. The mould Aspergillus fumigatus is the main causative agent of invasive pulmonary Aspergillosis in immunocompromised patients caused by inhalation and germination of A. fumigatus conidia. Upon inhalation, alveolar macrophages (AMs) as the predominant phagocytes in lung alveoli represent the first line of defence against conidia. Their ability to engulf and degrade conidia is a prerequisite for efficient fungal clearance caused by release of chemokines and cytokines in order to trigger neutrophil migration at the site of infection.

Up to date, little is known about the molecular mechanisms by which alveolar macrophages detect and process A. fumigatus conidia. However, conidia are somehow able to evade macrophage degradation, resulting in outgrowth of intracellular residing spores. Therefore conidia must evade from recognition and processing by phagocytes.
An avirulent mutant lacking the outer melanin layer shows an increased phagocytosis rate due to the loss of masking glucan-structures. Furthermore,the intracellular processing of mutant conidia is drastically increased in comparison to wild-type conidia, suggesting that A. fumigatus conidia actively decrease the phagolysosomal fusion, similar to obligate human pathogens like Legionella sp. or Mycobacterium sp.. The process by which wild-type conida mediate inhibition of phagolysosome fusion seems to be connected to the surface structure of conidia but is independent of the presence of a functional rodlet structure. Whereas, a regulation of this mechanisms by the fungal cAMP signal transduction through the central regulator Proteinkinase A could be verified.