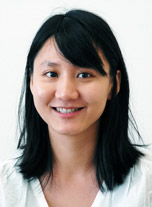 Herpetosiphon aurantiacus is a chemoheterotrophic Gram-negative bacterium. H. aurantiacus has interesting properties, including their rich production of secondary metabolites and predatory behaviors. Complete genome sequence analysis of the predatory bacterium H. aurantiacus revealed an unanticipated rich secondary metabolite including several new antibiotics. Genomic analyses of H. aurantiacus strain 114-95T revealed that it can produce carotenoids and siderophores. Carotenoid biosynthesis genes include crtB (phytoene synthase), crtI (phytoene desaturase), crtO (carotene 4-ketolase), crtD (hydroxyneurosporene dehydrogenase) and cruA (lycopene cyclase). For the siderophore biosynthetic genes, a cluster with remarkable similarity to that of the myxobacterial iron chelator myxochelin is present in H. aurantiacus. Further analyses identified additional biosynthetic gene clusters that code for the production of polyketides and nonribosomal peptides. Since chemical studies of H. aurantiacus have as yet only shown the production of aldehydes, ketones, salicylic acid, and anthranilic acid, it is clear that there are still many unknown bioactive natural products in H. aurantiacus which await discovery.

Of particular interest in the context of drug discovery are three distinct loci that were predicted to incorporate 4-hydroxyphenyl- glycine (HPG) into their associated natural products. HPG is a common amino acid constituent in glycopeptide antibiotics. Recently, a functional pathway to this amino acid was discovered in H. aurantiacus, and the genes haur_1888, haur_1887 and haur_1871 were shown to catalyze the production of HPG in three steps from 4-hydroxyphenylpyruvate. Since the lack of a genetic system in H. aurantiacus impedes a knockout study to trace the HPG-containing natural products, we envisage a genomisotopic approach to guide the isolation of the corresponding compounds. For this purpose, a select building block is fed to the bacterium in an isotopically labelled form. Metabolites incorporating the labelled precursor can then be tracked in the fermentation broth by selective NMR experiments. we assume HPG to be highly suited for this type of study, as its non-proteinogenic nature prevents a high metabolic turnover.

Research strategy:
A multidisciplinary approach integrating organic synthesis, bioinformatics, and analytical chemistry is proposed to guide the isolation of novel bioactive natural products from H. aurantiacus. Bioinformatic analyses of the genomic sequence of H. aurantiacus identified some gene clusters are related to the biosynthesis of HPG, and linked to produce Macrolides. So we select the HPG( 15N labeled ) to guide for the isolation of antibiotics in this investigation. The majority of the secondary metabolite biosynthesis can be influenced by the OSMAC approach imitating natural environmental changes. And these changes also completely shift the metabolic profile of various microorganisms by triggering cryptic natural product biosynthesis. With the aim of searching for more products from the secondary metabolite of H. aurantiacus, the OSMAC tactics used to achieve the goal.