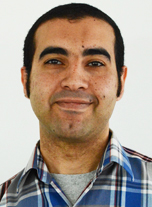 Automated image analysis of the interaction between Lichtheimia spp. and murine alveolar macrophages

One of the major interests of infection biology is clarifying the interplay of human pathogenic fungi with the immune system at the cellular level. Monitoring host-pathogen interaction will help to identify cellular markers which could be specific for such fungal species which cause invasive mycoses. With this project we will focus on mucoralean fungi, one of those fungal groups which are emerging as causative agents of fungal infections. The invasive infection of mucoralean fungi is known as Mucormycosis. Mucormycosis is becoming more frequent in today’s era of highly active prophylaxis. This increase in infections is associated with increasing morbidity and mortality and is related to increasing patient populations at risk for the development of serious fungal infections as individuals undergoing solid-organ transplantation, blood donation and bone marrow transplantation, major surgery, immunosuppressive therapy and those patients suffering on AIDS, neoplastic diseases, and advanced age or premature birth.

So, the aim of our project is to investigate the interaction of human pathogenic zygomycetes with immune system, mainly utilizing macrophages subjected to confocal laser scanning microscopy with subsequent molecular modeling approaches comprising Image-based modeling and Game theoretical modeling. The microscopic image analyses aim at the visualization of the interaction between macrophages and spores of zygomycetous fungi which are opportunistic human pathogens. In this regard, macrophage cell lines (e.g. murine alveolar MH-S) will be infected with fungal spores of different developmental stages and physiological constitution in order to measure the adherence, the phagocytosis and the survival of the spores within the macrophages during in vitro phagocytosis assays. In vivo virulence assays using the Galleria mellonella wax moth infection model will be used to assess the virulence potential of the fungal species. Emphasis will be given on Lichtheimia spp. which belongs to the most abundant causative agents of mucormycoses. In parallel, a genetic transformation system will be established to generate knock down mutants of Lichtheimia corymbifera targeting genes of putative virulence factors to elucidate their role during infection.