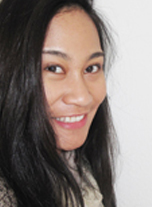 The first study of phosphatidylinositol (PI) signaling in a basidiomycetous fungus Schizophyllum commune referred to inositol monophosphatase (IMPase), the second messenger in the PI Pathway which plays a role in the synthesis of inositol from inositol monophosphate. The imp has been found to be regulated in a Ras-dependent manner implying cross-talk during sexual development.

On the other hand, inositol depletion by Lithium chloride affects wildtype and a constitutively active Ras mutant, resulting: growth rate reduction, hyperbranching, and short cell lengths in both strains. In the wild type, a compensatory effect was observed with upregulation of imp prior to inositol depletion.

Furthermore, the modulation of imp in response to nitrogen starvation and knock-out of imp by homologous recombination will be demonstrated to know the functional analysis of inositol monophosphatase and to comprehend the feature of PI Signaling in S. commune.