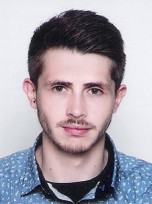 How do phytoplasmas generate ‘zombie plants’?

Phytoplasmas are pathogenic bacteria that are obligate parasites of plants and transmitting insects. They can cause devastating plant diseases, e.g. by reprogramming development in a way such that leaf-like structures instead of floral organs occur. Infected plants are thus often sterile, mainly serve to reproduce phytoplasmas and hence have been termed ‘zombie plants'. The molecular mechanism underlying the developmental reprogramming relies on specific interactions of a secreted phytoplasma protein called SAP54 (or PHYLLOGEN1) with a subset of MIKC-type MADS-domain transcription factors involved in controlling flower development. The secreted part of SAP54 interacts with the keratin-like domain (K domain) of MIKC proteins and destines them for degradation, so that they cannot constitute ‘floral quartets’ anymore, the protein complexes that specify floral organ identity. Based on the recently published X-ray crystal structure of a K domain and detailed in silico analyses we have developed three hypotheses:

We want to test these hypotheses by determining the structure of SAP54-like proteins and studying the interaction between these proteins and MIKC proteins.