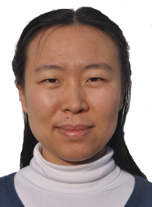 Isolation, purification, and structural elucidation of active compounds from the tissue of insect

Feeding insects introduce oral secretions (OS) into the wounded tissue of the attacked plant. Various OS-derived molecules must be involved in subsequent processes including the induction of plant defence reactions. My ongoing work is about the purification and identification of the channel-forming compound(s) using a combination of classical chromatographic and BLM techniques in order to find out more about the origin, the mode of action, and the role of this substance(s) during herbivory, and the particular effect in plant-insect interactions.

The chemical components of oral secretion and some other tissues in insect are very complicated and generally show significantly function in plant-insect interactions, for example the conjugates of fatty acid with amino acids. Purification and identification of the active compound(s) using bioassay-guided isolation will be pursued also, and structural elucidation using spectroscopic methods and sometimes chemical reactions, then evaluation the activity of these compounds to find out the mode of action and the effect in plant – insect interactions, in order to understand the process of plant-insect interactions in nature. Feeding by herbivores induces plant defences, but people still do not know all the signals that mediate this response. “Damaged-self recognition”, that is, the perception of motifs by the plant that indicate disintegrated plant cells, maybe a general principle in this mediation. Most defence-inducing molecules are (or contain) plant-derived motifs or disintegrate plant cells and thereby release defence elicitors. Another project is that find chemical change of plant after wounding by mechanical caterpillar-MecWorm, and elucidation of function of these compounds in plant defense process.