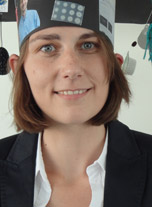 Aspergillus fumigatus is an opportunistic airborne pathogen causing systemic infections in immunocompromised patients. This filamentous fungus is obligate aerobe and requires molecular oxygen for growth. However, during the infection process A. fumigatus has to adapt quickly to very low oxygen concentrations when it grows in inflammatory, necrotic tissue. Recently, it was shown that hypoxia is involved in virulence of A. fumigatus. In our lab, the metabolic long-term response of this fungus has been analyzed by using an oxygen-controlled chemostat. Still little is known about the short-term adaptive mechanisms of A. fumigatus to low oxygen concentrations. To gain more insights in our study, we aim to investigate the immediate response of A. fumigatus after oxygen depletion on the protein level by proteomic approaches (e.g. 2D-DIGE gel electrophoresis). Furthermore, metabolites produced during growth of A. fumigatus under hypoxic conditions will be analysed by using HPLC or GC. In short, the projects aims to elucidate the energy generating pathways which guarantee survival at low oxygen partial pressure during the adaptation process of A. fumigatus to hypoxic environments.