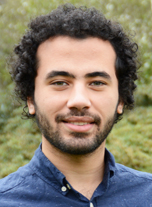 Candida albicans is a major human pathogen and a common cause of superficial, as well as fatal infections. Among the most discussed virulence attributes of C. albicans are the yeast-to-hypha transition, biofilm formation, nutrient acquisition, immune evasion strategies and extracellular hydrolytic activity. While secreted proteases (Saps) are very well studied, less is known about secreted lipolytic enzymes. In 2000, we reported about a large secreted lipase gene family (LIP1–LIP10) in the genome of C. albicans. These lipases probably enable C. albicans to grow using lipids as the sole source of carbon. Lipid substrates may be found on mucosal tissues including the intestinal tract and lipases may provide an adaptive advantage to persist on these surfaces, even in the absence of carbohydrates. However, we found that LIP genes were also expressed in media without lipids with two genes only expressed in media lacking lipids. Therefore, these genes likely play a role independently from nutrient acquisition. In fact, lipases are discussed as potential virulence factors in many pathogenic microbes. For example, lipases have been shown to promote adhesion, to prevent phagocytic killing, to inhibit monocyte chemotaxis, and to modify inflammatory processes. The fact that lipases of C. albicans are encoded by a large gene family suggests that these enzymes play crucial roles. However, the relevance of lipases for C. albicans commensalism and/or pathogenicity remains unknown.

In this project, we suggest to use a new technology, the CRISPR system, which permits the deletion of even large gene families, to solve an old question, by a systematic gene disruption approach of all 10 lipase genes. Furthermore, we will use state-of-the-art molecular methodologies and our established commensal and infection models to elucidate the role of secreted lipases in C. albicans commensalism and pathogenicity.